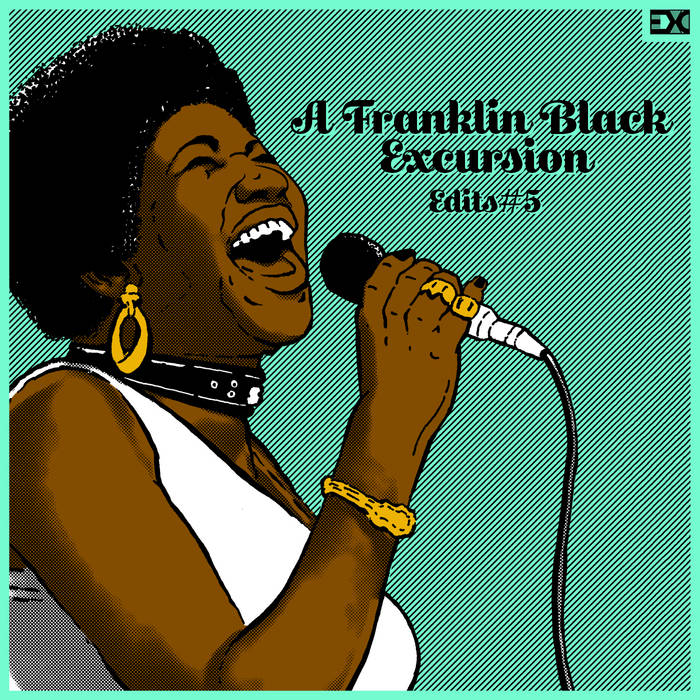 DJ Angel B! aka: Soulfrica

We begin 2018 on a slightly spiritual note, and a brand new Excursion. A vinyl-only 7" flip courtesy of a delightful dream-team duo; Tall Black Guy and Karizma.

A real pleasure to welcome these two to the fold, here with 'A Franklin Black Excursion' - a double-header of beautiful re-interpretations of a classic by the Queen of Soul…

For those that don't know, Tall Black Guy is a regular favourite from our sister-label, First Word Records, on which he's released two albums over the past few years ('8 Miles To Moenart' and 'Let's Take A Trip'). Detroit-born Terrel Wallace has built a solid rep in recent times as one of the most revered beatmakers on the planet. Initially pricking peoples ears with a series of incredible edits, he has garnered fans far & wide from Gilles to Jazzy Jeff (with whom he's become a regular stalwart of The PLAYlist Retreat sessions). Production, remixes and collabs have included Moonchild, Little Dragon, Masego, Terrace Martin, Zara McFarlane, The Mouse Outfit and Stro Elliot.

Karizma, aka Kaytronik, aka Kris Klayton, is a deeply prolific cat from Baltimore, releasing music since the mid-nineties on assorted tips; Deep House & Techno, Broken Beat, Hip Hop and Jazz, including his massive club track last year, 'Work It Out'. His collabs include DJ Spen, Kenny Dope, Peven Everett, Osunlade, Atjazz and releases on labels like Strictly Rhythm, Defected, BBE and Sonar Kollectiv. The list of remix projects is remarkable too, including among it Mary J Blige, Lenny Kravitz, Roy Ayers and Jocelyn Brown. Kris has been awarded various accolades as a DJ over the years; his technical prowess on CDJs being the stuff of legends.

'Gifted People' has a low-slung double-time beat as its backbone, cruising across a classic piano loop, whilst the flip sees 'Kaytronik's Gifted & Black Remix' transposing the same groove to a solid deep no-messin' 4/4 beat and bassline warm enough to thaw that pesky Winter ice off your dancing sneaks. Both sides are heads-down lights-off dancery affairs.

These tracks were originally only available from TBG's fan site on a very limited release back in 2016. This is the first time these have ever been dropped on to the masses on a readily-available physical form! Don't expect this one to hang around for very long though… Essential piece of wax.

From humble origins in Detroit, raised on a healthy diet of Motown, Jazz and early Hip Hop...Tall Black Guy has become a standard bearer for the current hip hop beats scene. Through a steady stream of productions filled with incredibly clever sample flips and deft production chops, he has won fans across the world, including Gilles Peterson, Lefto, Jazzy Jeff, Questlove and countless others. ... more

Bandcamp Daily  your guide to the world of Bandcamp

Cannibal Corpse's George "Corpsegrinder" Fisher stops by for an interview